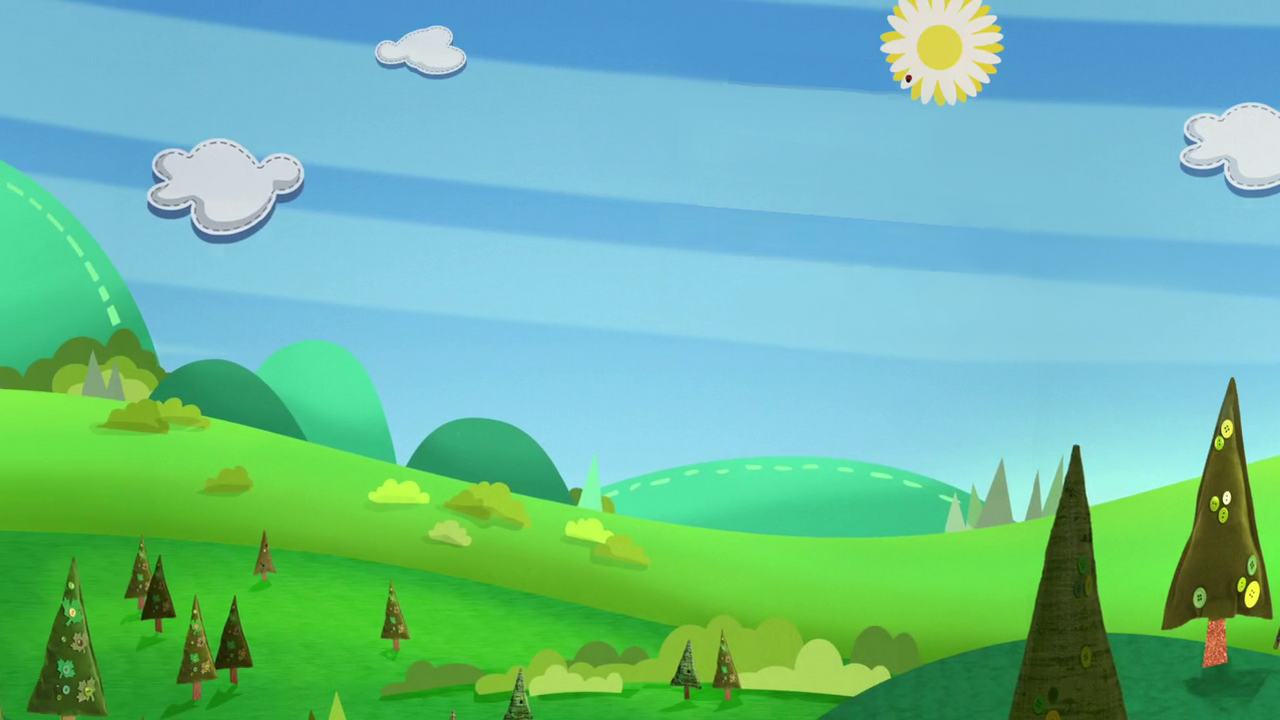 What's on your mind?

The Lalaloopsies officially return to stores today!!! Which character are you looking forward to getting? I'm sew excited to open Lolly today and I can't wait to get Comet soon! :D

Ace stopped and turned to look back in the direction the group was leaving. He felt as if something was luring him back to the maze. "My mind's being pulled in two different directions..." He took a step forward, his body moving on its own...

"Hey, Ace," Spot's voice brought him back to the present. He turned to see Spot and the rest of the group. Spot blinked at him. "You okay Ace?" She asked. Ace nodded, giving her a shaky grin. "I'm fine, Bay Brush." He gave a nervous chuckle, walking back to the group.

As the group walked, Spot paid close attention to Ace. He seemed occupied and strangely quiet. "It's like he's lost in his own thoughts," She thought, glancing at Forest. "What has Dot done? What is this place?"

The group decided to stop and rest. Spot sat beside Ace, who was nodding off. "The map was cool, right Ac-" She yelped as Ace suddenly leaned against her. She looked at his face. It was peaceful as he slept, peaceful for the first time. "It's kinda nice," She thought, blushing faintly. "Hopefully, this will last when he wakes up."

Well-rested, the group set off again, happier than before. "Hey Bay Brush," Ace started, with a grin. "Hm?" She replied. "When we get out of here," He asked, with a blush. "Do you think you could teach me how to paint?" He grinned. "Of course!" She beamed. "We'll have to start with the basics. Color mixing, shading, paint types..." She trailed off, casting a glance at his blank face. She giggled. "I'm kidding Ace," She smiled.

"Ugh, this is soo boring," Ace groaned, as he, Forest, Spot, and Storm E. stood on a hill, installing a satellite for the Lab's communications. Ace was installing wires, wearing thick gloves. "Why do we have to do this?" Spot was painting the base of the satellite. "Well, Ace," She started, painting a flower. "You're good with wires and things like that. I think that's pretty important." She smiled at him. "Besides, you're doing a great job!" Ace's cheeks turned red, and he busied himself with the wires. "Thanks, Bay Brush." He mumbled.

"You four did an exceptional job today." The Doctor said, praising the four. Spot beamed. "Thank you, sir." She smiled.

The group's walking eventually led them to a room, filled with books, scrolls, and maps of various locations. Storm E. entered first, leading Forest inside. Spot was next, followed by Ace, Jewel, Sunny and Berry, Rosy, and Crumbs. Berry picked up a map from a table. "Guys, come over here!" Everyone made their way to where Berry was. "It's a map of Town Square," Storm E. replied. "I don't see anything off about it." Berry grabbed another map, handing it to Storm E. She took the map, her expression changing to one of horror. "This...This is a map of my van." She whispered, mostly to herself. "It's obvious who made these maps," Spot said, looking at a map of her house. "It was Dot." She continued. "I mean, who else could it be? Everyone else, but Dot, is here, in the maze." Rosy nodded, her expression grave. "All the more reason to escape this place."

"Uh...Forest? Are you sure you're alright?" Storm E. asked worriedly, causing the group to stop. Rosy pulled a small flashlight out of her first-aid kit, walking up to Forest, shining the flashlight in his eyes. He didn't respond to the flashlight in his eyes, confirming Rosy's fears. "He's gone blind," Rosy thought, dread welling up inside her. "I don't know why...But I feel like the worst is yet to come..."

"Look Bird," Dot pointed at the camera, an expression of wicked glee on her face. "They have no way of escape." She clapped her hands gleefully. Bird gave a sad chirp, watching the screen woefully. "Don't look like that Bird," Dot grinned. "They won't die, I promise." 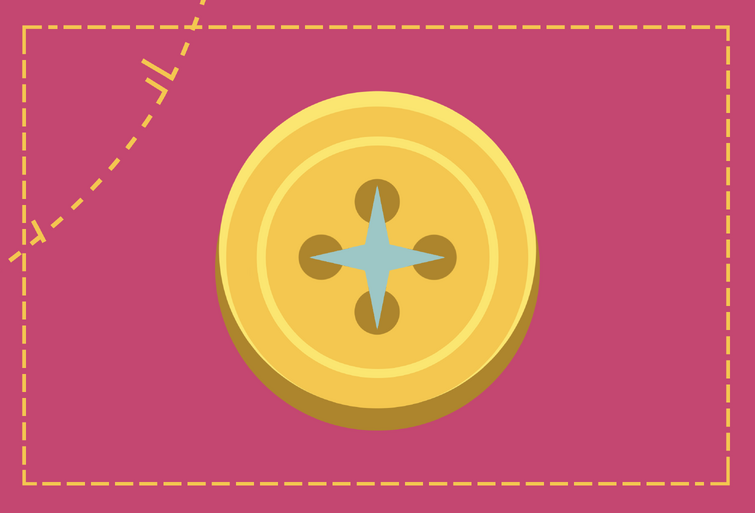 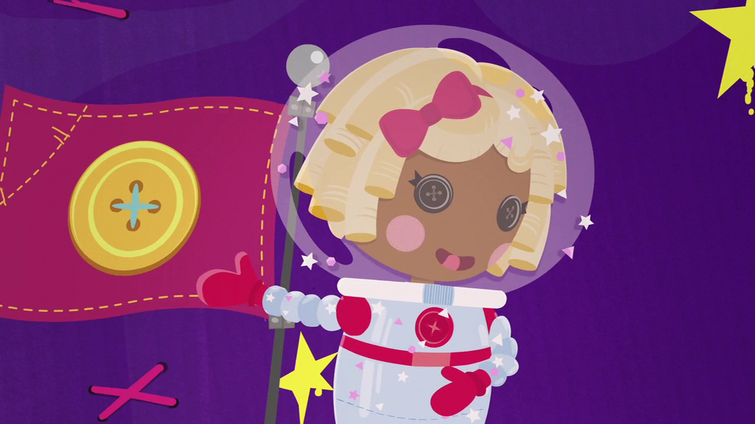 "Alright Forest," The Doctor said, speaking through the microphone into the testing chamber. "We'll be testing your..." He picked up Forest's file, flipping through it. "Strength, and how much force you can handle." He continued, pointing towards a collection of weights. Forest nodded, waiting for the Doctor to give the signal to begin. "Begin Test." Forest picked up one of the weights, a 20 pound one, easily. The Doctor gave him a look of approval. "Good. Keep going." Forest ran to the heavier weights, picking up the 50-pound one without much difficulty. "You're doing well so far Forest," The Doctor said. "However, you can do better." He pointed at the 250-pound weight. "Go pick up that weight." Forest nodded, glancing at the weight hesitantly. He tried picking it up but to no avail. Forest grabbed the weight by its sides, and strained, struggling to lift it an inch off the ground. He felt a burst of white-hot pain, coming from his lower back. He hissed in pain, dropping the weight. The Doctor gave a tsk of disapproval. "I'm disappointed in you Forest," The Doctor scowled. "I know you are stronger than this..." He continued a thoughtful look on his face. "You just need to be pushed...a little more..."

Most of the Fanon wiki posts are me, updating the fics I make. :D

Dot watched her friends travel the maze, furiously taking notes. "Forest seems to be leading them," She murmured, with a sneer. "Let's see what happens when they lose their leader..."

Forest frowned, drawing a map in the dust with his finger. "Because the maze is dark, I don't know where we're headed." He started, as everyone started to stand up and stretch. "I have a vague feeling, which direction we travel in though." He continued, pointing eastward. "Alright," Crumbs nodded, determination sparkling in her gaze. "Let's go!" With that, the group set off, Forest in the lead, followed by Storm E, Sunny and Berry, Crumbs, Spot, Jewel, Rosy, and Ace, taking up the rear.

Forest's hands brushed up against a button. Curiosity getting the best of him, he pressed it. A mist sprayed into his eyes. "GAHH!" He shouted, hands flying to his face. "Forest!" Storm E. ran up to him as he slumped against the maze's wall. She cupped his face in her hands, checking it. "Are you alright?" She asked worriedly. He nodded shakily. "I'm fine," He muttered, rubbing his eyes. "My vision's just blurry is all."

I would love to see the show return. Maybe we could have new characters introduced. Maybe some cool new episodes. I even had an idea for an episode involving Dot making some machine that can make big bubbles, and a character (one of the girls) getting stuck. I love those types of plots in cartoons. That's why one of my favorite episodes was episode 2, Storm E Rolls In.

"This way guys. Follow me." Forest led the group into the maze, sticking close to the wall of the maze. The maze was dark and made of stone, with cracks in the walls, and floor. Storm E. frowned, the eerie atmosphere of the maze creeping her out. "Let's hurry up and get out of this place," She said, crossing her arms. "I don't like it here, it's unnerving." Ace nodded in agreement. "Yeah, I gotta agree with Storm here," He said, bringing up the rear of the group. "This place is giving me the creeps." Forest ran his hand along the wall, feeling a lever. "A lever!" He pulled it, and in the distance, the faint sound of a stone door lifting was heard. "Come on guys, let's go!" The group picked up pace, running in the direction of the sound of the stone door.

Dot watched the cameras, a dark thought surfacing. "They're wandering about," She thought, with a sneer. "Like rats, in a maze." She stood up, walking to her window, the dark thought taking shape. "A maze..." She murmured, grabbing her notebook, scribbling furiously. "That's it...I'll create a maze..."

"The Subjects are nearly matured," The Doll-maker murmured, resting her hand on one of pods, containing a sleeping Subject inside. "Yes, these Subjects will be perfect." The Doctor commented, standing beside the Doll-maker. She nodded. "They will serve their purposes well..." The Doctor continued, walking away from the pod. The Doll-maker moved her hand away from the pod, revealing the Subjects sleeping face. She smiled, a name coming to mind. "Your name," She whispered, smiling softly. "Will be Jewel."

Omg when I was browsing around on Amazon, I found Lolly Candy Ribbon who is Sweetie Candy Ribbon's little sister! 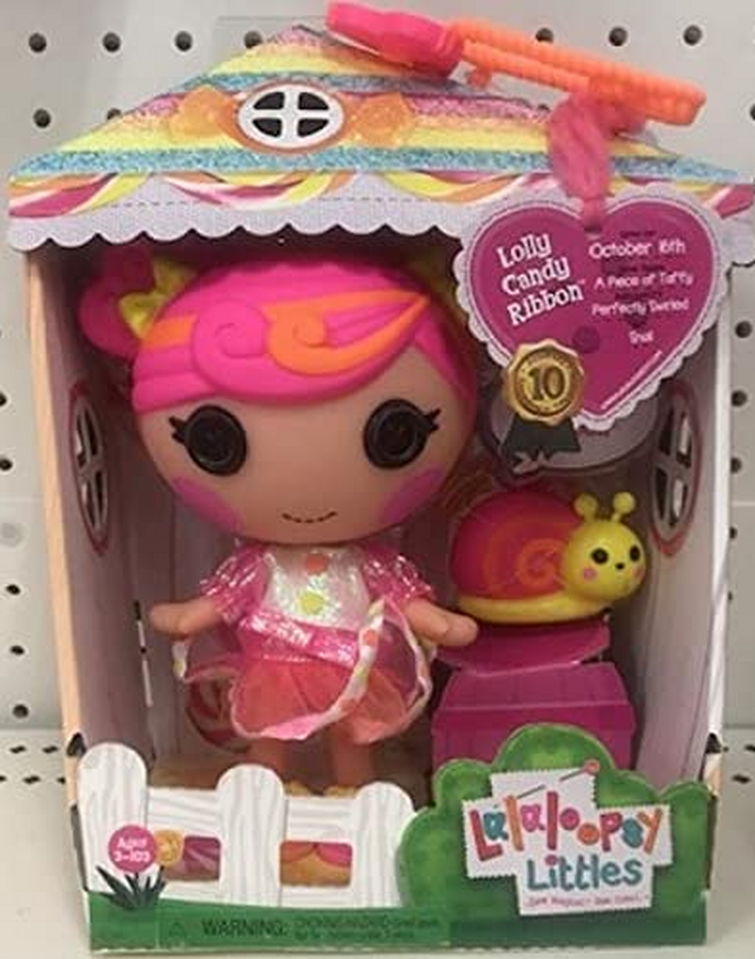 Tbh, an open-world Lalaloopsy rpg would be cool.

I'm thinking: What if in honor of Lalaloopsy's 10th anniversary they made another season of the Netflix original? or better, a reboot with more seasons! IDK, my brain's expanding with so many ideas!!!!!!!

Also i feel like their little sisters are gonna appear but who knows?

Does anyone else consider the We're Lalaloopsy and the Lalaloopsy TV series are alternate universes?

I feel like they are, some characters have traits that contradict with the series, and vice versa. (i.e Rosy can ride a bike in We're Lalaloopsy, but not in the Lalaloopsy TV series.) Just a thought.

Dot frowned as she watched the cameras, an idea forming in her head. "I've got it!" She ran to the machine that controlled the weather and wind, grabbing a beaker labeled "Sedative". She poured the sedative into the machine. At Bird's outraged chatter, she answered, "Don't worry, it'll only knock out them for a few hours." She grabbed a syringe, and another beaker. "Besides, that's long enough to implant a tracker in them all." Bird twittered furiously, flying in Dot's face. "Cut it out Bird!!" She swatted him away, storming out of the house.

Ace frowned as he watched some strange fog roll in. "That's...weird." He walked away bumping into Forest. "Hey, Forest," Ace pointed to the strange fog that was rolling in. Forest opened his mouth to reply, staggered, and collapsed. "Forest?!" Ace knelt down, checking his pulse, giving a shaky sigh of relief when he felt it. He ran back to the clearing, and gasped. Everyone had collapsed. "Wha..." He collapsed, his vision going dark.

Dot stuck the syringe into Sunny's arm, injecting her with a tracker. "That's the last one." She checked her watch. "They will be waking up soon, I should go." She left the clearing, going back to her house.