Bea Spells-a-Lot was released first in July 2010 as a standard large doll. She is the eighth character-doll. Bea was the first Lalaloopsy doll to have button-eyes that were not black. Her face is moderately shown on different merchandise and media, although due to her distinguished colors her appeal is not as widespread as some of the others of her series. 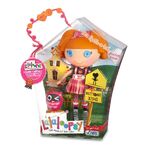 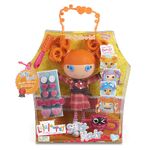 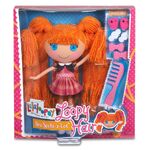 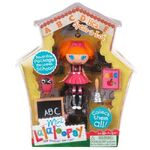 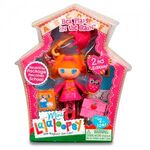 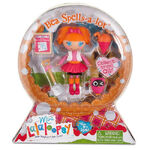 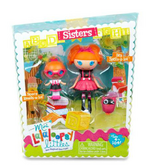 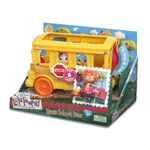 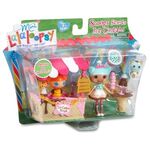 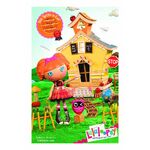 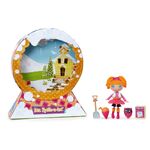 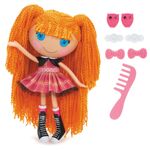 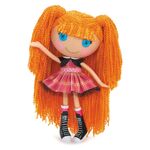 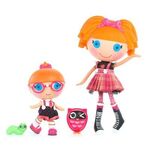 Bea Spells-a-Lot is the smartest and most well-read resident of Lalaloopsy Land. She owns the largest collection of books in her own personal library. Whenever her friends need information, Bea is the girl with the right book for the job. She acts as Lalaloopsy Land's very own teacher and loves to educate the Littles. Bea is the older sister of little Specs Reads-a-Lot. Her name is a pun on the term "spelling bee", that means she is constantly with knowledge and mathematics.

Bea Spells-a-Lot has fair skin and sky blue eyes. Her cheeks are carnation pink in color and she has tangerine orange hair worn straight and pulled back. Her bangs are straight cut and she wears a magenta bow.

Bea normally wears a jet black shirt with an apple on the front and tulle sleeves, along with a crimson red plaid jumper with jet black tulle lining. This gives her a "school-girl" look. She also wears hot pink leggings with white polka dots, magenta socks with white on top, and jet black sneaker boots.

Bea Spells-a-Lot has a bright pink pet owl with two small tangerine orange feet and a jet black face. Owl is often seen winking, and in one toy is depicted with glasses on. The figure that comes with the Mini bus toy was seen wearing a bus driver's cap.

Retrieved from "https://lalaloopsyland.fandom.com/wiki/Bea_Spells-a-Lot?oldid=101038"
Community content is available under CC-BY-SA unless otherwise noted.