Belly Laugh is the seventeenth episode of Season 2 of the Lalaloopsy™ TV Series. It is the forty-third episode overall.

Forest eats a nut that makes his stomach giggle, so Rosy must cure it. Peanut thinks that Elephant is giggling at what she does.

At Forest's house, Forest is eating nuts and Beaver carving another female beaver (he claimed to love) as usual. Enjoying their life as they wanted it to be. As their wooden clock tolled two, their time to go into the woods. At that same moment, Rosy and Bear are passing through the woods reaching to their friends' medical checkup, expecting that their friends are looking forward to it as much they are. First she went to Crumbs', measuring her temperature and checks her heartbeat after that Crumbs offers her to eat if she wants to stay. She declines, thanked for the offer and leaves. In the middle of the woods, Forest and Beaver encounters a new tree that bears nuts. To Forest interest in nuts, he eats a few and Beaver refuses to eat. Second, Rosy went to Tippy's, taking her an x-ray and checking her reflexes, after that Tippy thanks her and Rosy and Bear leaves to Forest's. Back at Forest's house, Forest isn't feeling good and notices his stomach is giggling. Rosy arrives at that same moment. Forest claims that he's fine and doesn't need checkup. Worried, Rosy thinks he isn't well and never heard such of Forest's condition. Forest claims that it isn't nothing to worry about and bids her good bye. Rosy insists and moves into Forest's house.

At Peanut's stage, practices her act and elephant as spectator. Peanut tries a banana peel, orange peel then vegetables. Elephant remains not entertained and bored to sleep. So she thinks of a new act. Back at Forest's house, Forest insists that he's fine and Rosy claims that she'll be the judge. Checks her forehead, heart and last the belly where she noticed something wrong. She tucks Forest in bed, to her excitement of a medical mystery it only upsets Forest and Beaver, so she acts differently and checks her book. She asks Forest some questions and she simultaneously giggles with Forest's belly. She assures that she'll get to the bottom the situation before the laughter spreads. With that said, she has to move into Forest's house and make him her number one priority. Back at Peanut's stage, Elephant hears the giggling and laughs. Peanut however never made Elephant laugh and decides to take the chairs away. Elephant hears it again and laughs and Peanut thinks she made Elephant laugh. She takes her act to new level, however it was much of a failure as before.

Back at Forest's bedroom, thinks of a way to cure Forest's condition and thinks she needs to cheer Forest down. Some time later, she arrives with books from Bea's and reads them to Forest with fail. She then makes a not-so tasty smoothie and makes Forest drink it. After drinking, Rosy tightly tucks Forest in bed. Some time later, she inserts a thermometer to Forest and cleans his room. Forest likes his house as it is but Rosy ignores him with an excuse. Forest's condition got worse as he ate another nut. Back at Peanut's stage, Peanut is cleaning with her broom and soon she'll get back to her practicing a new act. Elephant hears the giggling again and laughs uncontrollably and she think it was her again. Back again at Forest's house, Crumbs arrives with freshly baked muffins made just for Forest but it was hard and it also ruined his floor. Then Blossom arrives with a bouquet of flowers which was ordered by Rosy and finally Tippy, she dances for Forest and ends up messing Beaver's art collection. Moments later, Rosy keeps searching her book and she claims she is feeling so close that she can taste it. Rosy admits that she has to stay in Forest's house for another few days or weeks or maybe even years. Forest doesn't like the idea, Rosy says that it's the least she can do for her good friend.

Outside the house, a few people can hear the giggling which made them laugh. To Rosy's fears, she hopes it's not spreading and she must investigate, so she leaves and assures that she'll be back. Forest quickly gets out bed, fearing of Rosy's return, Beaver carves out a wooden version of Forest and they leave. Some time later, Rosy returns and checks on Forest. She tries to wake him up, but fails, so she removes to cover and sees him petrified which scares her for a moment and realizes it was prank. In the middle of the woods, Forest and Beaver are enjoying the way they liked it except for the stomach giggling part. Back again at Peanut's stage, Peanut is still sweeping with her broom and Elephant laughing not at her. She thinks it's a comedy gold and she can't wait to perform and thinks it's going to be the funniest show in Lalaloopsy Land History! Back again with Forest and Beaver, still enjoying and Rosy suddenly appears from behind. Rosy compliments him and asks why he did it. Forest apologizes and tells her that he needed a break and admits he's not used to having many visitors living in his house, dancing, green drinks and finally stopped by Rosy who gets the point. She also apologizes and assures that she'll leave him alone if his stomach is back to normal. She hears no giggling and thinks her work is done even though she has no idea what she did. Forest gives his thanks and gives her his last nut he discovered which also gives her the Belly Laugh. Rosy noticed that it was the nuts that caused it. Forest takes her to the tree to where he got the nuts, it reminds Rosy that she asked him if he didn't eat anything unusual. Forest claims that eat nuts all the time but forgets to mention the new one so apologize. Rosy awards Forest a sticker for being the "World's Most Patient Patient." Forest thanks her and wears the sticker. Finally at Peanut's stage, Peanut starts performing which only ended in confusion to the audience. Peanut, not hearing any laughter, asks them and claims they laughed at her earlier. Rosy explains her that it was coming from Forest's stomach. Peanut ends up depressed and thinks of making another act and accidentally slipping on a banana peel which brought laughter to the audience. Peanut thanks them and says it was part of the act. Forest says "Now that's funny." and Rosy and Beaver smiling for him.

Yet another one of Beaver's girlfriends

Wishing she was real

Beaver has an entire collection of girlfriends.

Rosy pretending to be Forest's mom

And then the spider died, but her babies still lived and became friends with Wilbur. The end

Forest Evergreen, eat this muffins or you are grounded! Forest: But mooooom.

I bet Derpy the Pony would love those

It took Forest months to sand the floor *sigh*

Looking at the viewers

Well, they sure brighten up this dull place

Oh, no, he has been petrified!

Does she keep her stethoscope underneath her dress?

The.. heck? *throws tomatoes at Peanut*

I don't get it

She hears the giggling sound 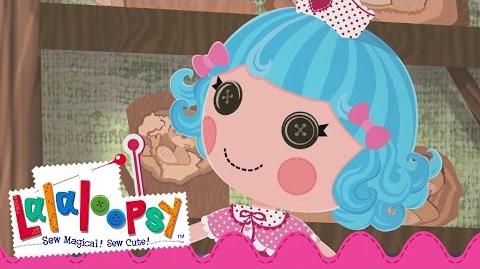 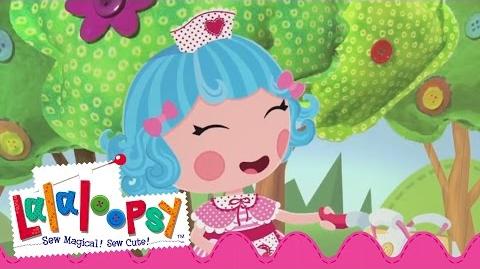 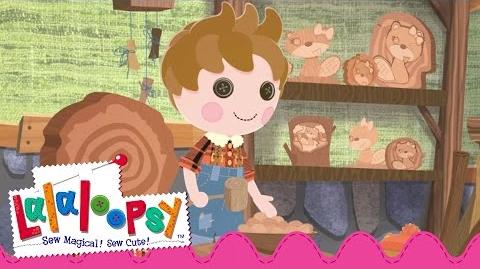