Flight Plan is the ninth episode of Season 1 of the Lalaloopsy™ TV Series.

Pix E. Flutters must overcome her fear of heights to have her dream of flying come true at Jewel's Sparkle and Shine party.

Jewel plans a Sparkle and Shine party, along with Pix E. The first item on the to-do list is sparkly costumes; Pix E. asks for Tippy to do that, and Cat puts a kitty paw stamp on the first item. The second item on the to-do list is sparkly snacks. Pix E. thinks Crumbs should make some, and Cat does the same thing. The third item is sparkly decorations, and Pix E. thinks Spot is already on it. Cat does the same thing again.

Jewel thinks that's it for the preparation, but Pix E. asks what she can do. Jewel forgot one thing for her party! It wouldn't be complete without a big sparkly spectacular grand finale! Pix E. suggests something related to water, but Jewel interrupts her before she can elaborate, claiming that it's not perfect and is too watery. Pix E. then says they should build something, but Jewel interrupts her once again, as it's not another good idea and is not sparkly enough.

Suddenly, Spot comes in to show the art piece she is working on for the Sparkle and Shine party. Spot and Zebra think they have a lot of work to do, but they want to show a surprising one. The lights go off and the big spotlight light turns on, making Spot and Pix E. glimmer in the spotlight. 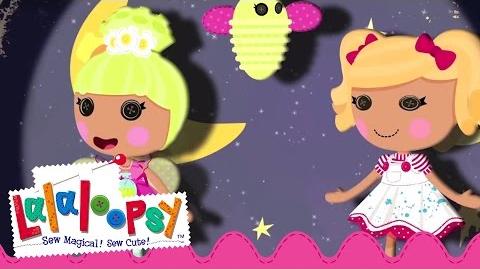