Lalaloopsy DS was released in 2011 for the Nintendo DS. It is a role playing game that features 12 playable characters, and 12 different types of crafts to make that matches with each Lalaloopsy. You make crafts to give as gifts to other Lalaloopsies and become better friends with them.

The second Lalaloopsy video game was released in 2012 for the DS and 3DS. It is a platformer game with 16 levels, and there are only five playable characters. Unlike in the previous game, you progress through the game helping your friends with problems at the carnival and continue to the next level. 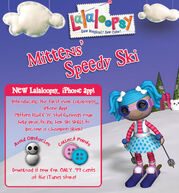 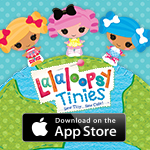 Push My Buttons Board Game 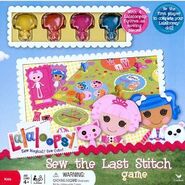 Sew the Last Stitch Board Game 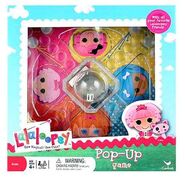 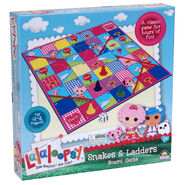 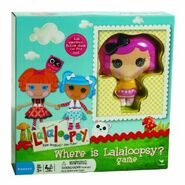 Where is Lalaloopsy? Board Game 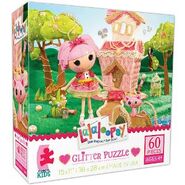 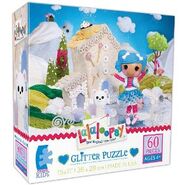 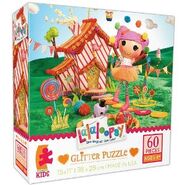 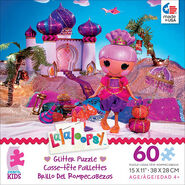