Mablenut Muffin Mission is the twenty-sixth and final episode of Season 1 of the Lalaloopsy™ TV Series.

Crumbs tries to bake Sunny a mablenut muffin, but first she has to track down a rare mablenut.

The episode starts off with Crumbs discussing with Mouse on what to bake. Suddenly Berry comes in and says it's Sunny and Berry's birthday that day. Crumbs reviews some farm-themed cakes she could make, when Berry says that Sunny would love a mablenut muffin. She says that they both had a mablenut muffin a long time ago, and she remembers that it was amazing. Berry leaves to go set up the surprise party of Sunny. Crumbs asks Mouse to get the mablenuts, but he gets confused. Crumbs confesses she doesn't know what a mablenut is, and neither does Mouse, so she decides to go to Bea for help. 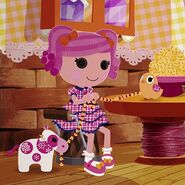 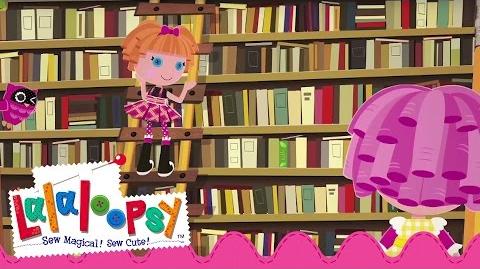 Libraries Have The Answers! Lalaloopsy 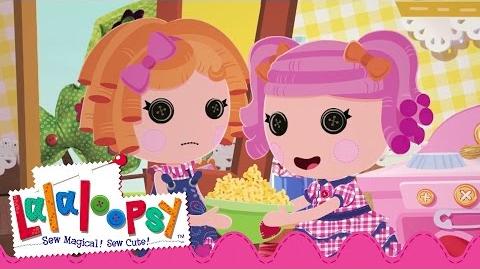