Mango's Mainland Holiday is the twelfth episode of Season 2 of the Lalaloopsy™ TV Series. It is the thirty-eighth episode overall.

The episode starts out on Patch's ship, where he is playing pirate duel with Parrot. All of a sudden, Parrot falls off the ship and Patch dives in to save him, only to find out that Parrot has flown back up. He then finds a message in a coconut, which is actually a map to find treasure. Patch then decides to sail to the island.

Out in the field, Bea and Owl are setting up a picnic. She has brought a book to read while there. She is about to read it when Forest comes along. He wants to build a birdhouse, which is just the subject of Bea's book, so he borrows it. Bea is about to eat her sandwich when Forest is loudly thumping. They decide to go somewhere else.

When Patch reaches the Island of the Smoky Peak, they search everywhere for the treasure when they hear a thumping sound. A little bird is banging on a drum. A person is stomping around too. Patch accidentally steps on a stick, the person turns around, and she is wearing a tiki mask, and they both get frightened. When the person takes off the mask, Patch falls for her instantly, and points out that she is not a scary monster. The girl's name is Mango Tiki Wiki, and her pet is Pineapple Bird, who becomes fast friends with Parrot. Mango says she was stomping around in her tiki mask to thank the trees for coconuts, and she believes that coconuts have many uses. She says that you can eat them, drink them, wear them, build them, and even carve a ukulele out of them. Afterwards, she sings her coconut song, and asks Patch to sing along, but he gets all mixed up, and Parrot and Pineapple Bird crack up. A coconut falls from one of the trees, and Mango gives it to Patch as an award for his off-key singing, and says that there is milk inside. Patch drinks it and likes it, and realizes that Mango was the one who sent the message in a coconut, and searches for the treasure, but Mango tells him that coconuts are the treasure. Mango tells Patch that she never had a visitor before, and takes him to her house. Mango takes Patch to her house, which is a beautiful wall-less hut.. But Patch finds it strange that Mango doesn't have the things his friends do, and asks her if she ever gets lonely, but Mango isn't, but she finds it nice to have more friends, so Patch decides to take her back to the mainland to meet all of Patch's friends.

Bea and Owl are finishing up their sandwiches when they see Parrot flying high, squawking that they have a new friend coming and her name is Mango.

On the tip of Lalaloopsy Land, Crumbs, Tippy, and Forest are awaiting the arrival of Mango. When they do, Mango, using her island knowledge, says they must have a million coconut trees, but Patch points out that it's not an island. Mango says aloha to them, but they say "hey" in mock. Aloha also means good-bye, peace, and I like you. Mango first gets introduced to Forest, who is gonna build a house for Mango. She then gets introduced to Tippy, and Mango can't wait to do the coconut dance with her. Tippy and Forest decide to tease her off-screen. When she gets introduced to Crumbs, she invites her over for a tea party with lemon tarts, and Mango thinks they're little yellow coconuts. Crumbs decides to tease Mango too.

At Forest's house, Beaver has made little models to show Mango what her new house would look like, but Mango likes her hut better. In return, she whittles a ukulele out of a coconut for Forest. She then sings her coconut song again, and asks the boys to sing with her. Patch sings his own rendition while Forest lies that he is not a good singer so he doesn't have to sing with Mango. Mango finds a little girl beaver figure, and says that she is a collector, much like Patch.

Bea and Owl have finished their picnic and are heading out for their nap. It's then Tippy comes along, struggling to carry a banner and a paint bucket and a paintbrush. She says they are for welcoming Mango to Lalaloopsy Land. She then decides to borrow Bea's basket, and hopes she can still have a picnic without it, and wants her to come to her performance, but Bea is too tired. At Crumbs' house, Mango asks where her hammock is. Crumbs obviously doesn't have one. She has a bed, and it's in the bedroom, but Mango doesn't know what a bedroom is.

Lets see what this says, shall we?

That treasure will be ours before the sun sets!

Let's see what they are up to!

Now we have ourselves some actual loveBIRDS.

What do you have behind, Patch?

I didn't know coconuts could dance

What's even in here?

Patch, have respect for people less fortunate than you!

Not even ONE pillow

*sigh* If only she understood my true feelings for her

I'm happy with what I have

You are cordially invited to one of Crumbs' hoity-toity tea parties. Bring friends.

Trying to make sense of all this mumbo-jumbo

What's there to lose?

Yet another one of Beaver's girlfriend figures.

Seriously, I can't even

I think we got this in the bag

Um, Mango, that is NOT how we sit in chairs.

You should blow first

Putting milk into tea = NOT a good idea

Born with a silver spoon in her mouth-NOT

Are you in there?

Maybe we should say sorry

From me to you

Trying to make sense of all this hullabaloo 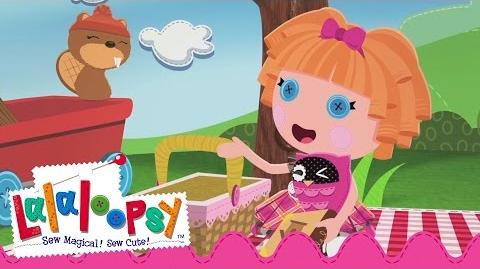 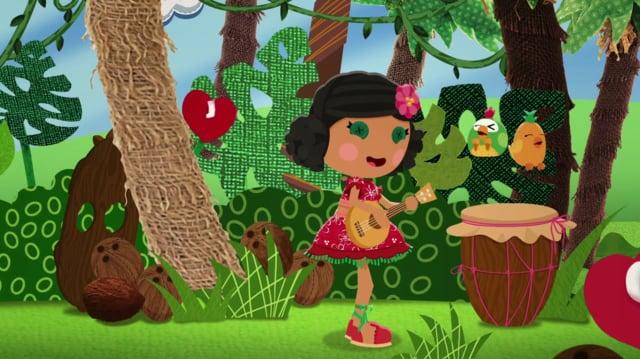