Peppyball! is the twentieth episode of Season 2 of the Lalaloopsy™ TV Series. It is the forty-sixth episode overall.

Peppy Pom Poms invents a new sport, called Peppyball, so she can have something big to cheer for. Crumbs tries to make souffle rise.

Peppy has woken up to her blaring alarm, but Pomeranian is still asleep. Peppy calls his name two times, but its no use, so she makes up a cheer about him, shouting into her megaphone. Then she roots for the sun. Pomeranian falls asleep while Peppy explains they can cheer for other people. He's hiding by the pompoms and Peppy wonders if he's listening. He springs up and they are now ready to cheer.

At the lighthouse, Marina and Whale are cleaning the window until Peppy bursts in through the window, chanting a rhyme about Marina. She accidentally drops her pompom in Whale's tank.

Which one is Pomeranian?

Why doesn't Ember just climb onto the branch?

Is she stalking Ember or what?

Remember, kids, Mouse is a great example of what silence is!

I'm sure we'll get it next time

Here's the wind-up, and the pitch...except Peppy doesn't want to break her window

Yay! Even chalkboards are exciting!

I have never been this excited in my life!

The best of the best

We are going to beat you!

Peppyball-now with ladders and stilts!

Ember, you're cheating, that is a penalty and a foul 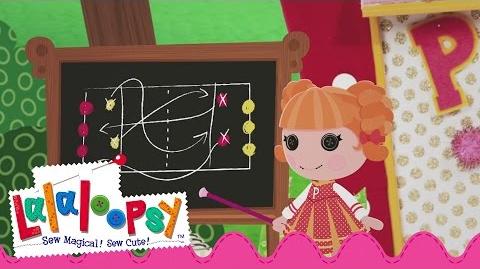 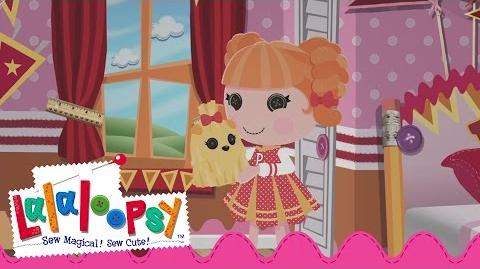 Peppy Pom Poms Gets Ready to Cheer On the Day! Lalaloopsy 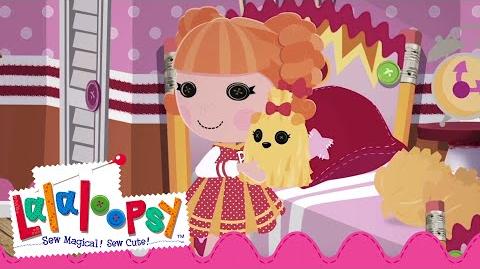 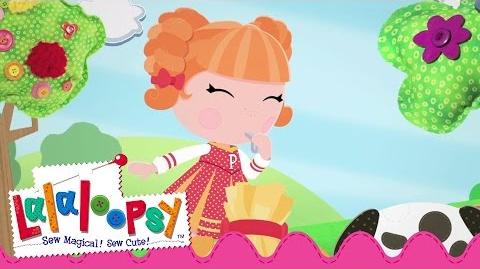 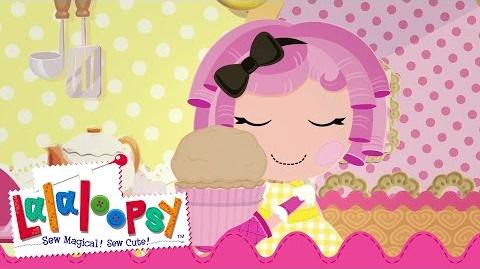