So Near and Yet So Far

So Near and Yet So Far

So Near and Yet So Far is the fifteenth episode of Season 2 of the Lalaloopsy™ TV Series. It is the forty-first episode overall.

Dot and the gang have to help Haley Galaxy get home after her UFO breaks down. Ace plays with the pets.

The episode starts off at Dot's observatory, where Dot, along with Bea, are observing the Chocolate Milky Way. Bea explains that there is more chocolate ever since the chocolate comet crossed over the milkmaid nebula. Bird spots some twinkly lights. The lights landed behind a hill, so the girls go out and search for it. But when they get to the hill, there is nothing. All there is, is a pink acorn. They figure that there must be more stuff, so they look for more. They found a pink cap, a coin, another acorn, and a button. Bea goes home to figure out what they all mean. Dot decides to put them all on display, next to some cheese from a familiar adventure.

Dot goes back home, and Bird points out that there is a light on in Dot's rocket. When they get in, Dot assumes that Pix E's Firefly got into the cockpit. When they get up the ladder, there is someone in the chair, and when she turns around, she gets scared. Dot attempts to make peace with the strange person, but she speaks a weird language. Dot realizes she's an alien from outer space, and is extremely excited to meet her, but the alien is still scared. The alien's name is Haley Galaxy. Afterwards, Dot pulls an acorn out of her purse. Haley recognizes it and eats it. Dot tries it, but it is yucky. Dot decides that Haley needs to eat more yummy foods, so she decides to take her to Berry's house the next day. TBC

Looking through the telescope

Okay, class! Today we will learn about the cosmos and blah blah blah

A button, an acorn, a cap, and a nickel

NO PLEASE DON'T HURT ME

You do know she can still see you

Why today, of ALL days?

How would you sew on metal?

Guess she isn't so bad

I got by scot-free 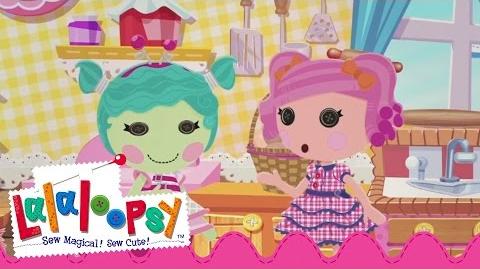 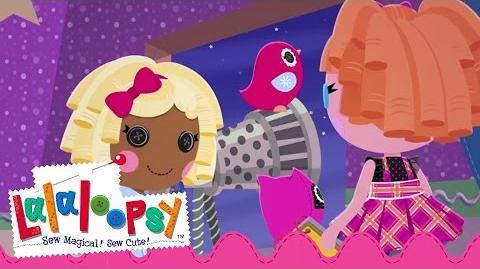 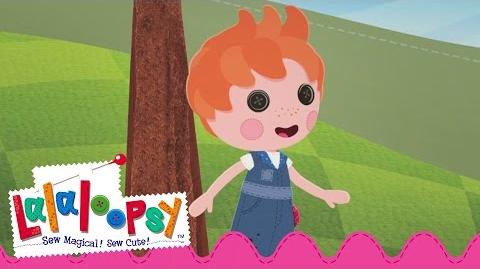