The Big Sheep Sleep is the fifth episode of Season 1 of the Lalaloopsy™ TV Series.

When Pillow can't sleep, she tries counting Little Bah Peep's sheep... until they run away!

It's nap time at Pillow's house, but she can't fall asleep! She tries reading, drinking milk, and even counting her own Sheep as she jumps over her bed back and forth, but it doesn't help. She decides to ask Little Bah Peep if she can borrow her flock.

Meanwhile, Dot brings home a new telescope so she can see a new constellation that evening. She invites Bea over because she'd never used a telescope before. They still have to assemble the telescope, but they have trouble following the instructions. After a few tries though, they finally build it.

Little Bah is glad to loan her sheep to Pillow, as long as she gets them back by their bedtime. Pillow brings them home and instructs them to jump over her, but since there are so many, they bounce all over the place and go wild, running out of her house! The other girls in Lalaloopsy Land start to hear crashes and sheep noises from the herd running around.

When Pillow explains her problem, the other girls help her wrangle up the runaway sheep. Dot and Bea use the telescope to scope the countryside for sheep from afar. The other girls find sheep in places like Crumbs' house, Mittens's yard, and even on Peanut's roller coaster! They bring them back to Pillow's house so Jewel can count them and Rosy can check on them. In all the commotion, Pillow forgets about her own Sheep and tries to find her. Somehow, Sheep ends up on Mittens' wagon, and she's about to fall out! Bea and Dot can see this through the telescope and warn Pillow, who rescues her just in time. Sheep is unaware of everything because she's been sleeping.

Eventually, they find all of the sheep except one... who ends up being under Pillow's bed! Pillow returns the flock to Little Bah Peep, exhausted. When the sun goes down, she is ready for bed. Just when she's about to fall asleep, her Sheep wakes up with a lot of energy, trying to play with her! And of course, the new constellation Dot was waiting for was a sheep. 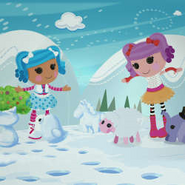 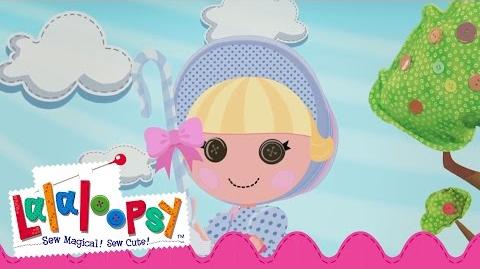 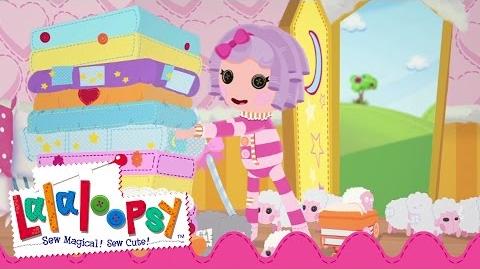