The Case of the Missing Pickles

The Case of the Missing Pickles

The Case of the Missing Pickles is the fourteenth episode of Season 2 of the Lalaloopsy™ TV Series. It is the fortieth episode overall.

When all of her pickles go missing, Pickles and Hot Dog set out to discover who took them. Tippy and Ember work on safety precautions.

Hot Dog needs to bring lots of jars, as the next day is the pickle pudding premiere. All the kids are coming to the diner. Suddenly, Patch comes along and asks if he can have the jars, but Pickles says no because she needs the jars for the pudding, and Patch leaves. It's then Ember comes along. She says she is going to work on safety precautions because everyone is going to the diner. Pickles lets Dalmatian have a pickle. Then, Berry comes along with extra-smooth blueberry jam.

Cow wants a pickle, so Pickles gives her one, but she wants more. Pickles doesn't let her have anymore because if Cow eats more pickles, she won't have any for the pudding premiere. Dalmatian realizes this, so Berry lures him out by saying that they have got to pick blueberries. Ember tells Pickles that more than six people can't be inside. She then states she will make sure the big crowd waits their turn.

Tippy bursts in through the door. Tippy wants to help with the pudding, but when she twirls, the pickles fall out of the jars. Pickles says that Ember would love to have her help, but Tippy keeps falling. Then, Spot comes in with a bucket of blue paint. TBC 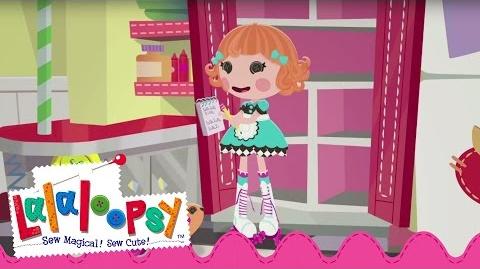