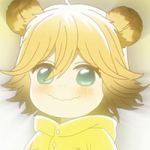 aka Boy of the Mist

He started off on November 8th of 2014 as an ordinary editor like everyone else. During the remaining days of 2014, he quickly rose to new highs surpassing most of the Wiki's top users and became an administrator in just 17 days and another day becoming a bureaucrat.

Having taken seriously of the Wiki's problems, he requested temporary Bureaucratic and Administrative rights to Chrismh with not just experience nor mere language but by commitment and resolve. Promising of reforming the administration, he quickly drafts a policy that would be passed in less than 2 weeks, then removing each and every one of the administration who would not comply firstly the admins then bureaucrats would later follow.

A self-proclaimed liberator and bringer of change, more proof it came when he brought up the idea to reopen the Spanish Wiki and gaining several users' support that took about more than a month to happen. Still there were things yet to be made and done.

When 2016 came, thinking he already completed his goals so he voluntarily stepped down on the first day of the year and left a number of marks on the Wiki, not only in English but in Spanish, Polish, Russian and French.

He would later return again on October 7th of 2016, though only as an admin.

Note: Not To Brag

On 05:46, December 15, 2014 (UTC) I removed my Chat Moderator status which was kind of ridiculous especially that I am a Super Admin.

03:47, December 19, 2014 (UTC), I stripped BeaNOwl and Wniny of their administrative rights by unanimous votes.

On 14:24, December 29, 2014 (UTC), I on behalf of the Lalaloopsy Land Wikia Community requested Wikia Support the removal Thenaturals and Lalaloopsydad. Special Thanks to Semanticdrifter for doing so.

On 07:47, January 3, 2015 (UTC), I earned my third Luck of the Hawaiian badge after editing Beauty Fairest thus surpassing Chrismh and entering the Top 4.

On 02:07, January 6, 2015 (UTC), I became the third user to earn the Supremely Silly badge after commenting User blog:RGL Victor The Great/Discussion Blog with RGL thus surpassing Kellicopter and entering the Top 3.

On 00:08, February 1, 2015 (UTC), I earned my second Countess of Creation badge after editing Dot Starlight thus surpassing Topazyspazzy and entering the Top 2. However it seems nearly impossible for me to surpass the current Rank 1.

On February 12, 2015 (UTC), the Spanish Wiki was reopened and I became its next admin and bureaucrat after its founder Danitzaw. Special Thanks to Luchofigo85 for doing so.

On 09:17, February 15, 2015‎ (UTC), I earned my fourth (also my third in a row) Luck of the Hawaiian badge after editing Pix E. Flutters/animation and becoming the second user to have more than 2000 buttons (points).

On 11:08, April 12, 2015‎‎ (UTC), I earned my fifth Luck of the Hawaiian badge after editing MediaWiki:Common.js and becoming the second user to have more than 3000 buttons (points).

On May 24 (UTC), the Administrative Meeting May 2015 begins on its first day but only Thenaturals and GfgfgfffF (briefly) appeared. I was kinda disappointed at first but it kinda made me my day/night, discussions were made and though even with the absence of the other admins. This meeting also led to the foundation of the French Wiki. I became it's second editor and administrator after the Founder herself.

On May 25 (UTC), the second and final Administrative Meeting May 2015 was held. This time I expected less people the same as the last, but thankfully Pepsicola45 appeared a little late, not forgetting also the Founder who appears again. It ended well with a success. Minutes later, Chrismh appeared very late. With just the two of us, I tried to made her day with it and gave her the recap of the meeting and it also ended well. Having both admins' approval it was more of a success, it ended with a breakthrough.

09:41, May 26, 2015 (UTC), I became the first user to earn the Every Smile Counts badge (200 days of editing) after editing Content Expansion Act thus also implementing it. Special thanks to the admins and the Founder for their approval.

On 05:18, August 23, 2015‎ (UTC), I earned my sixth Tink therefore I AM badge after editing Sand E. Starfish/merchandise and becoming the second user to have more than 4000 buttons (points).

On 13:11, October 3, 2015‎ (UTC), I earned my first (seventh overall and second of it's acquisition) Luck of the Hatter badge after editing Now You See Him, Now You Don't.

On 05:46, October 25, 2015‎ (UTC), I became the second user (and first of it's acquisition) to earn the Dyna-mic Blitz (secret) badge after editing Peanut Big Top Learns to Ride the Unicycle/Transcript.

On 13:04, October 28, 2015 (UTC)‎, I earned my eighth (and the first to earn) Dance with Grace badge after editing Peppy Pom Poms/animation thus entering the Top 1 and I also tied myself with BeaNOwl.

On 00:52, November 7, 2015 (UTC), I became the very first user to acquire and earn the Defender till the End badge (365 days of editing) after editing Forest Evergreen thus surpassing BeaNOwl, also becoming the sole Rank 1 and becoming the first user to have more than 5000 buttons (points).

On 00:52, January 1, 2016 (UTC), I have relinquished my Admin and Bureaucrat rights thus ending my end phase and temporary administration. I depart without regrets. 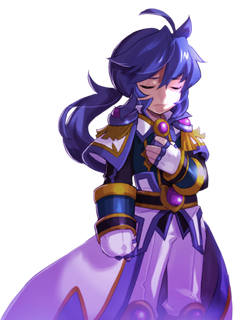 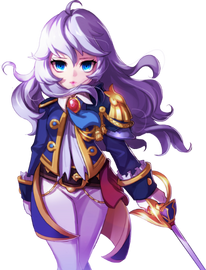 Retrieved from "https://lalaloopsyland.fandom.com/wiki/User:RGL_Victor_The_Great?oldid=93897"
Community content is available under CC-BY-SA unless otherwise noted.